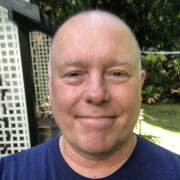 Kanoho (Dutch, Scottish, Diné, Siksikáwa) was born in Los Angeles, California and in 1967, when he was 10, his parents moved the family to Oʻahu. They landed in Kailua on Omaʻo Street. Having no friends, he was quickly adopted by Native Hawaiian kupuna down the block whose adult children had moved away to the continent.

Over the course of several years, Tutu Kane and Tutu Lady taught Kanoho about Hawaiʻi, the Hawaiian culture and, most importantly, about Aloha.

Since the age of nine, Kanoho sought Universal Truth. To find it, he delved into, investigated, researched, studied, and often was initiated into many of the world’s belief systems, including:  Catholicism; Born Again Christianity; Hawaiian spirituality & Hoʻoponopono; the mystic beliefs of Christianity & Judaism; the magic philosophy of Aleister Crowley; the philosophies of Rudolf Steiner and Edgar Casey; the Koran; Hinduism; the shaman practices of the Ainu (Japan), Diné (Navajo), Siksikáwa (Blackfoot), and Afro-Caribbean Santaria; Metaphysics; New Age spiritualism; Wicca; Quantum Physics; Taoism; and Tibetan Buddhism.

Kanoho moved from Oʻahu to San Francisco when he was 25 and, there, gained valuable business knowledge and skills. While in the Bay Area, Kanoho immersed himself in many philosophical, religious, and spiritual traditions on a path to find Truth.

Though he had always been labeled “Mr. Positive” while on the continent, he eventually found he had turned into “one of them;” a rarely-satisfied curmudgeon.

He returned home to Hawaiʻi in 2007 in hopes the kinder, gentler interactions would rub off on him yet he couldn’t shake his anger – at everything – nor the high blood pressure that came as a result.

Kanoho felt there had to be a better way to live. 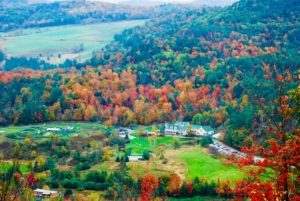 Based on a wise teacher’s recommendation, he traveled back-and-forth to Northern Vermont for a year to learn a millenia-old Buddhist meditation technique; one that helps people live calm, centered, and focussed lives in the midst of this chaotic world as well as reconnect with and live from a place of compassion and kindness – in other words, ALOHA.

Equipped with all of his knowledge and experience, Kanoho now brings meditation as a path to connect with and live ALOHA. Kanohoʻs Hawaiian name was given to him by his first Kumu Hula, Patrick Makuakāne. He was encouraged to use it by Kahu Roy Brooks in Waimānalo.

December 2019 – Present:  Curator & Lead Teacher of The Path of Meditation that Leads to Living ALOHA